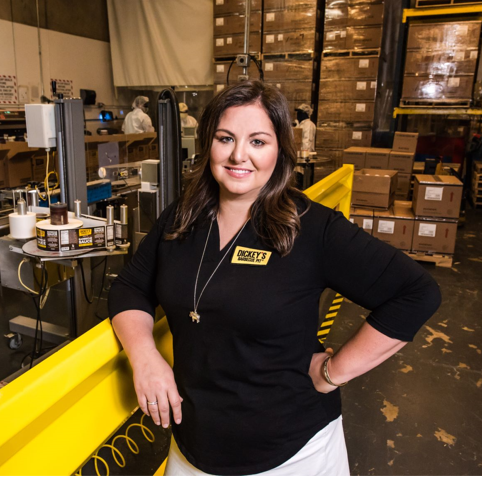 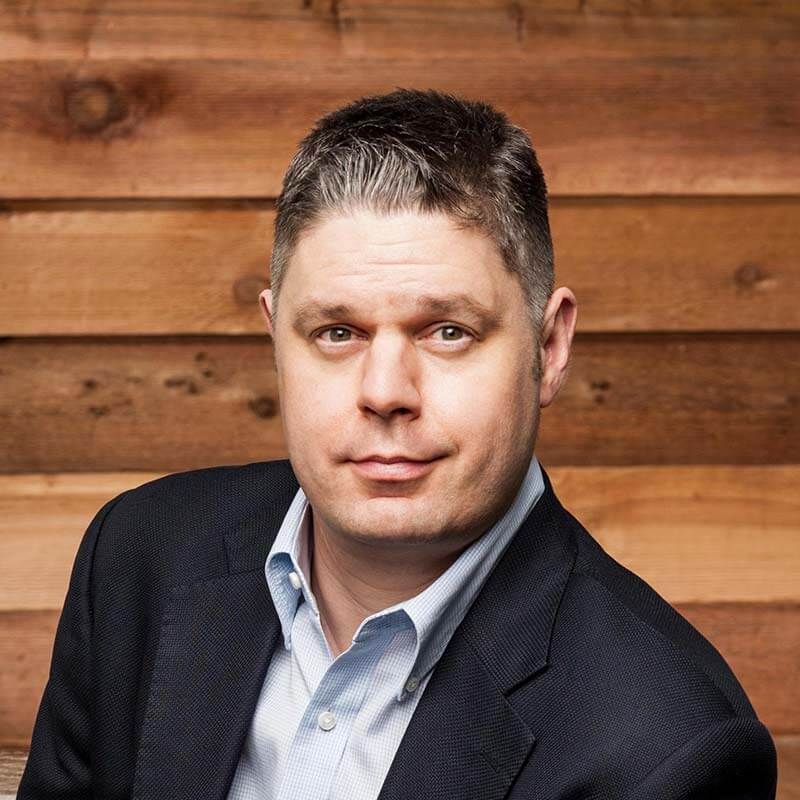 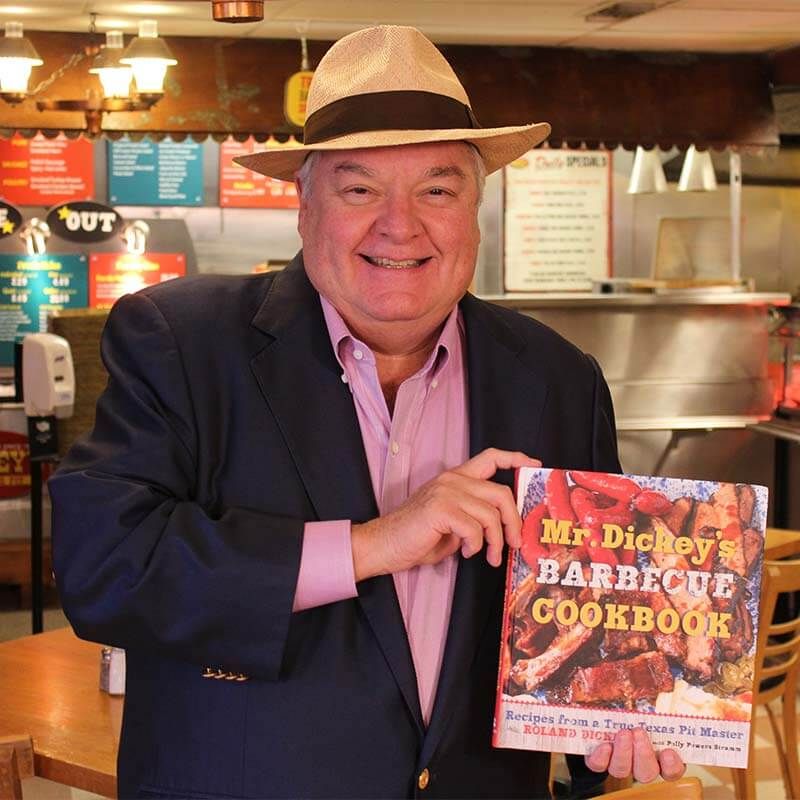 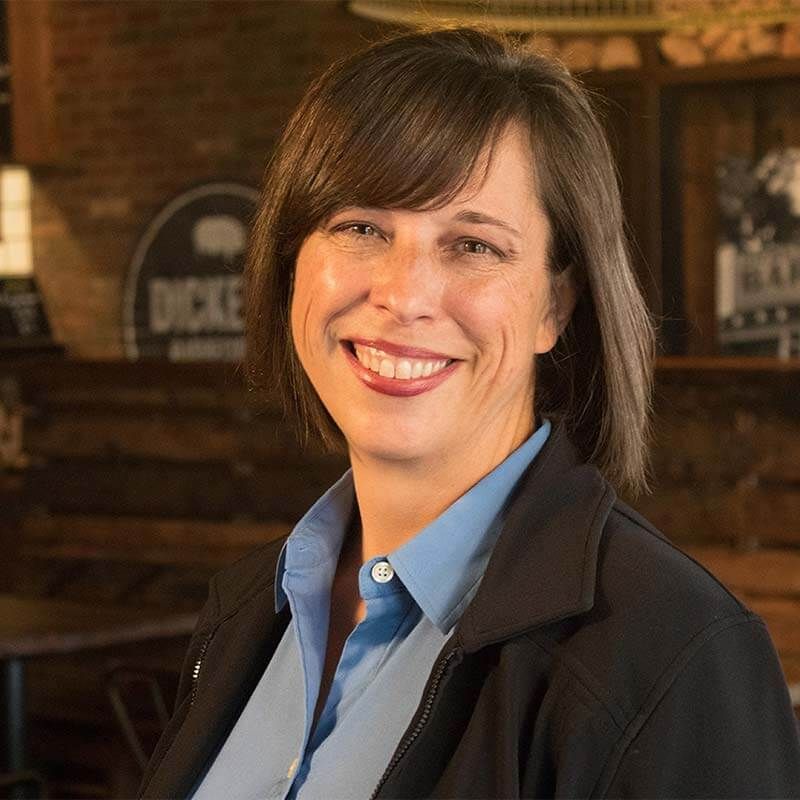 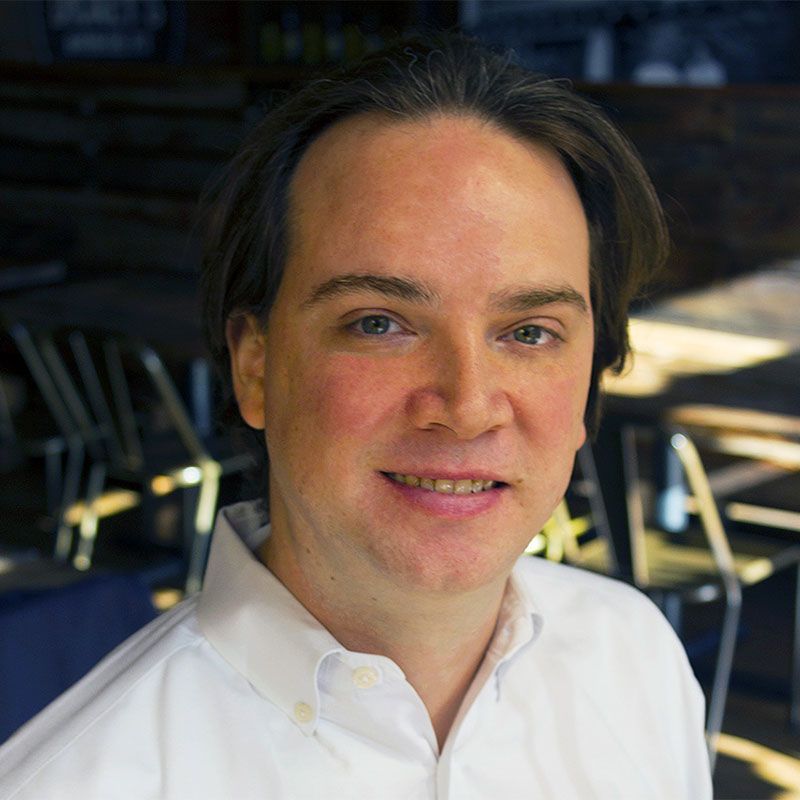 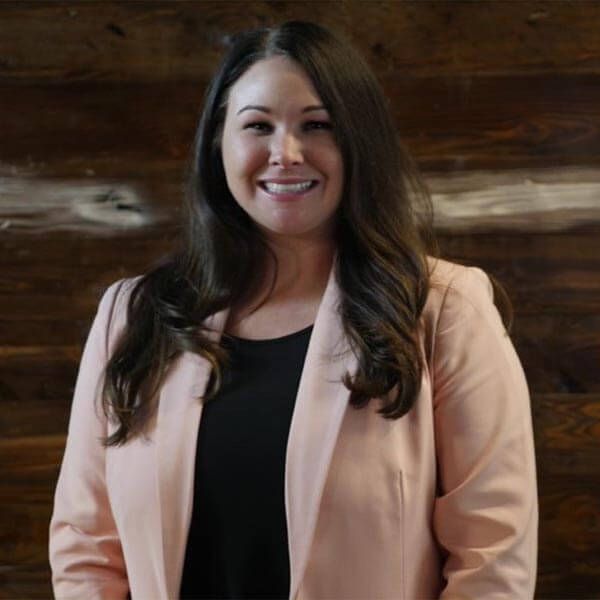 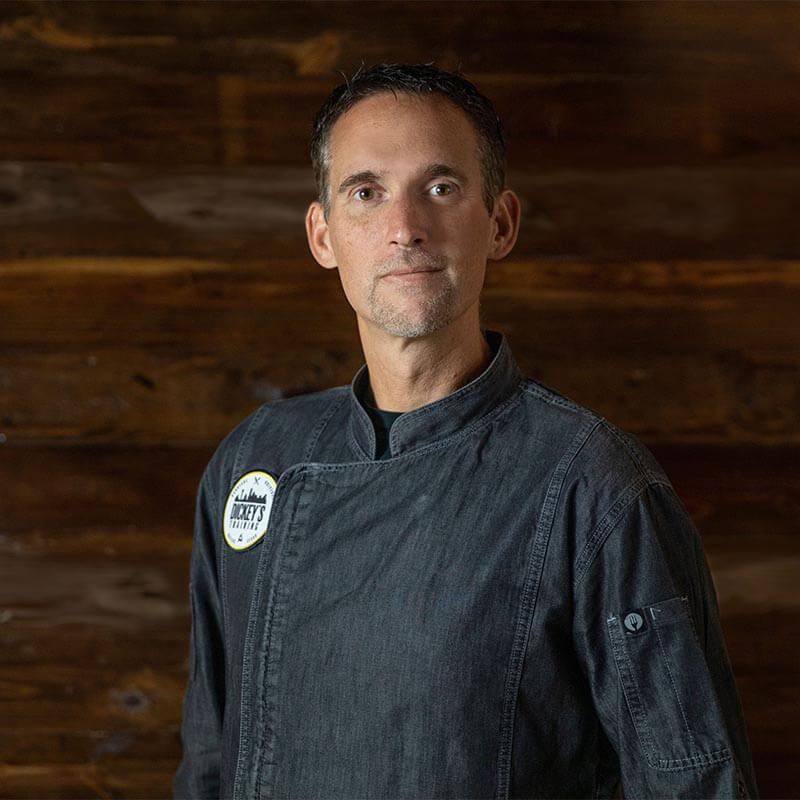 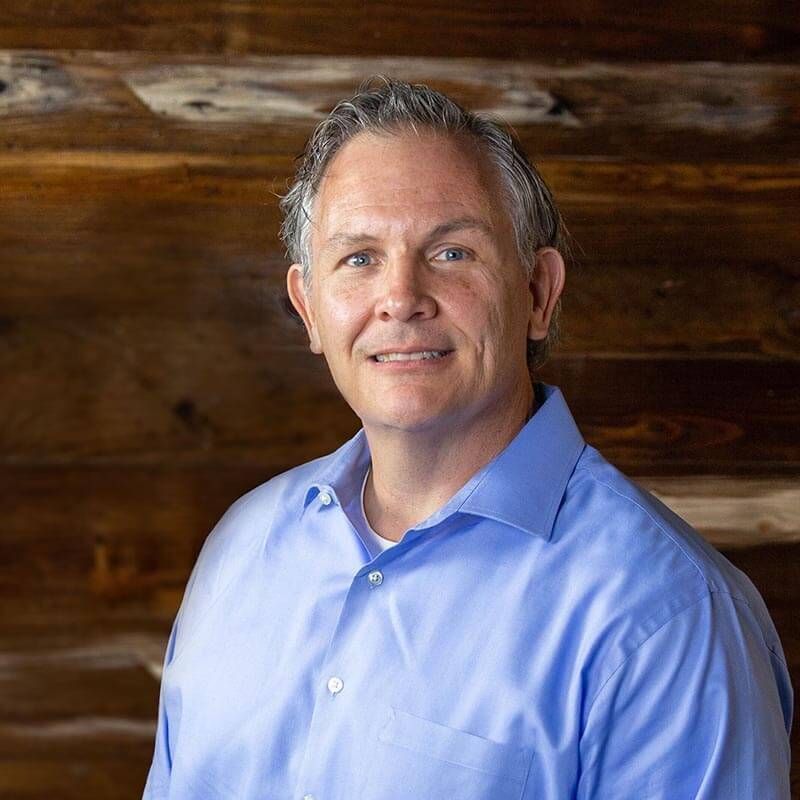 Vice President of Finance and Accounting

Laura Rea Dickey currently serves as Chief Executive Officer of Dickey’s Barbecue Restaurants, Inc. Dickey has been with the brand since 2009 and most recently served as Chief Information Officer before transitioning to CEO in 2017. Dickey has worked in the marketing and information technology fields for over 20 years, and has led the marketing, IT and training teams at Dickey’s Barbecue Restaurants, Inc. during her time there.

Dickey was named to the 2019 Nations Restaurant News Power list. She has been named among Fast Casual Magazine’s Top 25 Mover and Shakers executive list for the past four years. Dickey was recognized by The Dallas Business Journal as a top Woman in Technology award recipient in 2015. Dickey was also named to D Magazine’s Top 500 CEO’s list for 2019. Dickey received the Lifetime Achievement Award from Hospitality Technology in 2019 for her work utilizing Amazon’s voice technology in restaurant operations in partnership with IOLAP. A full list of awards is available to view at dickeys.com/media/awards. Dickey serves on the board of the non-profit, The Dickey Foundation that supports first responders and their families.

After graduating from Texas Christian University, Dickey went on to work at agencies such as Murray Brown Creative Group, The Richards Group and The Point Group. Through her years of agency experience, Dickey worked with brands such as W Hotels, American Heart Association, Blue Mesa, La Madeline and Chick-Fil-A. Dickey also lead marketing for the Student Housing portfolio for Fairfield Development. Dickey’s specialty is the intersection of technology and marketing, turning data insights into brand and business solutions.

In her time as CEO, Dickey has continued the brands expansion and overseen the development of the first international locations with restaurants in the UAE, specifically Abu Dabi and Dubai. Dickey also helped pioneer the third party delivery program for the brand, contributing to positive same stores sales in all digital channels for the past three years. Under Dickey’s leadership, the brand also launched its first major menu addition in four years debuting six new signature sauces and adding pit-smoked chicken wings to the core menu in 2019. As CIO, Dickey implemented a new technology infrastructure for the brand bringing parity and integration to data reporting, information security and all digital sales channels. Dickey developed a proprietary data platform in 2015, called Smoke Stack which was profiled for it’s innovation by Forbes and the Wall Street Journal. Dickey also lead the in-house development of several proprietary technology projects including a new Point-Of-Sale System, Online Ordering system, Loyalty Program, Consumer APP, CRM platform and Inventory Management system.

Roland Dickey, Jr. is the Chief Executive Officer of Dickey’s Capital Group, the holding company of Dickey’s Barbecue Restaurants, Inc. The grandson of the company’s founder, Dickey, Jr. began working for the family brand early on, learning the trades of the family smoking process from his dad. He went on to earn his degree in Business Administration at Southern Methodist University and came back to his family’s brand in 1999, where he then transitioned into his current leadership role in 2016. Under Dickey, Jr.’s leadership, the Dallas-based, third-generation family business has expanded from 20 locations to more than 500 nationwide and internationally.

Dickey, Jr. oversees the Dickey Family portfolio of businesses, which include retail products, manufacturers, real estate, metal fabrication and distribution companies. Dickey, Jr. prides himself on taking his family’s business to new heights by leading its evolution from a local barbecue joint to the wildly successful fast-casual chain it is today. With Dickey Jr., at the helm, the family legacy continues to grow exponentially earning the title of world’s largest barbecue franchise.

Dickey Jr., was named to Nation’s Restaurant News 50 most powerful people in foodservice in 2017 and in 2014 he earned a spot on the Restaurant Business Top 20 Leadership Power List. Dickey, Jr. was also named to D Magazine’s Top 500 CEO list in 2017 and 2018. Other accolades Dickey, Jr. has accumulated during his time as CEO include earning Global Franchise Best Food and Drink Franchise 2019 award and QSR’s Best Franchise Deal in 2012 and 2015. The brand has been recognized as one of Fast Casual’s Top 100 Movers and Shakers in 2019, 2018, 2017 and 2016. In 2019 Dickey’s was awarded the Most Established Brand award by Franchise Help and the nearly 80 year-old-brand has also been recognized by Entrepreneur Magazine, Franchise Times, The Wall Street Journal, The Dallas Morning News, QSR Magazine, Forbes Magazine and Nation's Restaurant News.

Mr. Roland Dickey is son of Travis Dickey, the founder of Dickey’s Barbecue Pit. Roland was a senior at SMU planning a career in law, when he stepped in to run the family restaurant in 1967 upon his father's passing. Along with his brother T.D. Dickey, Roland took the single Barbecue stand and expanded throughout the Dallas Fort Worth area. Roland developed many of Dickey's recipes, started the legendary catering program and sold the first franchise in 1994, to the Smith's who are still franchisees today. In 1999, he asked his son Roland Dickey Jr., to leave his restaurant role outside the company and join the family business; he passed the head pit-master title to his son in 2006 who took his place as CEO. Roland Sr. published his cook book, Mr. Dickey's Barbecue Cookbook Tales of a Texas Pit-master in 2012. Now, Mr. Dickey travels the country, visiting owner/operators and hosting appreciation events, making special appearances on local radio and television shows and ensuring our guests enjoy their low and slow-smoked, Texas style barbecue.

Renee Roozen currently holds the position of Chief Administrative Officer at Dickey’s Capital Group, Inc. Roozen has been with the Dickey’s family since 2015 starting out as the Vice President of Operations at Dickey’s Barbecue Restaurants, Inc. and quickly made the move to President. In her role of Chief Administrative Officer, Roozen has moved from an operations role to be more hands on at the Dickey’s Home Office where she manages all human resources and legal functions. She also oversees all office and cross functional project management for Dickey’s Barbecue Pit and all affiliate brands. Just before joining the Dickey’s team, Roozen held the title of Vice President of Operations and Training at Famous Brands International.

Jeff Gruber serves as Senior Vice President of Dickey’s Barbecue Restaurants Inc. In his role, he handles all Dickey’s franchise relations and focuses on creating lasting relationships between the Dickey’s Home Office and every franchisee. Gruber began his career with Dickey’s in 2008 and has since been a lead in a variety of initiatives in various departments across the company. Prior to joining Dickey’s, Gruber worked as an attorney for different firms in Dallas including Byrne Cardenas & Aris, LLP and Goldstein & Scopellite, PC. Gruber earned a bachelor’s degree in communication arts from Spring Hill College and holds a Juris Doctor from Southern Methodist University, Dedman School of Law.

Shayla Partusch serves as the Vice President of Purchasing and Retail at Dickey’s Barbecue Restaurants, Inc. Partusch joined the Dickey’s family in 2014 as a purchasing auditor and has since been promoted to her current role. Today, she oversees all supply chain distribution for every Dickey’s location nationwide and handles all of Dickey’s retail products in more than 3,000 grocery stores across the nation. Prior to her time at Dickey’s, Partusch worked at Knox Oil Field Supply in the accounting department. She earned her bachelor’s degree in accounting from Angelo State University and her master’s degree in accounting from WGU.

Chef Phil Butler, Dickey’s Barbecue Pit Research and Development Chef, has worked in the restaurant industry for over 20 years and began his journey with Legit. Texas. Barbecue in August of 2018. His passion for the restaurant industry began at the mere age of 13 and he later went on to develop his skills at the Culinary School of America in New York. Chef Phil’s previous experience includes curating menus and restaurant layouts for both upscale and casual dining concepts. Chef Phil’s work has been featured in multiple events and publications including the James Bear House and Bon Appetit Magazine.

Vice President of Finance and Accounting

Jay Rooney holds the title of Vice President of Finance and Accounting at Dickey’s Barbecue Pit. Upon joining the Dickey’s team in 2017, Rooney oversees all accounting and finance for the Dickey’s brand and all affiliate companies. Before working with Dickey’s, Rooney worked at Brinker International for twenty years.